Can I settle all of my debts?

One of the main reasons people choose debt settlement is to avoid bankruptcy. Bankruptcy can be a hard pill to swallow and stays with you for a long time and remains on your credit report for ten years, you will also be asked when applying for a job, asking for credit, or even opening a simple bank account if you have ever filed for bankruptcy.

Debt settlement if carried out correctly and strategically can help you avoid bankruptcy. Once the debts are settled creditors will see this as a positive and it will remain on your file for only 7 years as opposed to the 10 years for bankruptcy.

There is also no record of the settlement placed on a public record, so it is a favorable option in this regard.

Your Debt Amount is Reduced Faster

The cons of debt settlement

Debt settlement can be used as a positive tool in the short term as explained above. Keep in mind that each creditor is different, and they may not agree to your settlement and sometimes it can be stressful in the early settlement negotiation process.

Also, keep in mind that because of the time that you are negotiating with creditors and the time it takes to catch up with a settlement your credit may be impacted in the short term. You also need to keep in mind that there could be a possibility of tax’s due on the amount of debt that has been removed.

Getting out of debt is difficult and often stressful, you will more than likely come across many different options when trying to see how debt settlement works so make sure you weigh up the benefits and negatives of each before proceeding. 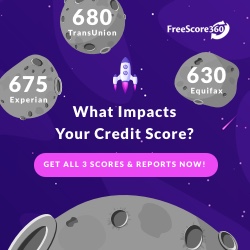 How To Get Rid of Your Debt Problems – Debt Relief

An Overview on Business Debt Relief

Sink or SwimHow Debt Settlement WorksAn Overview on Business Debt ReliefHow To Get Rid of Your Debt Problems – Debt Relief
We use cookies to ensure that we give you the best experience on our website.